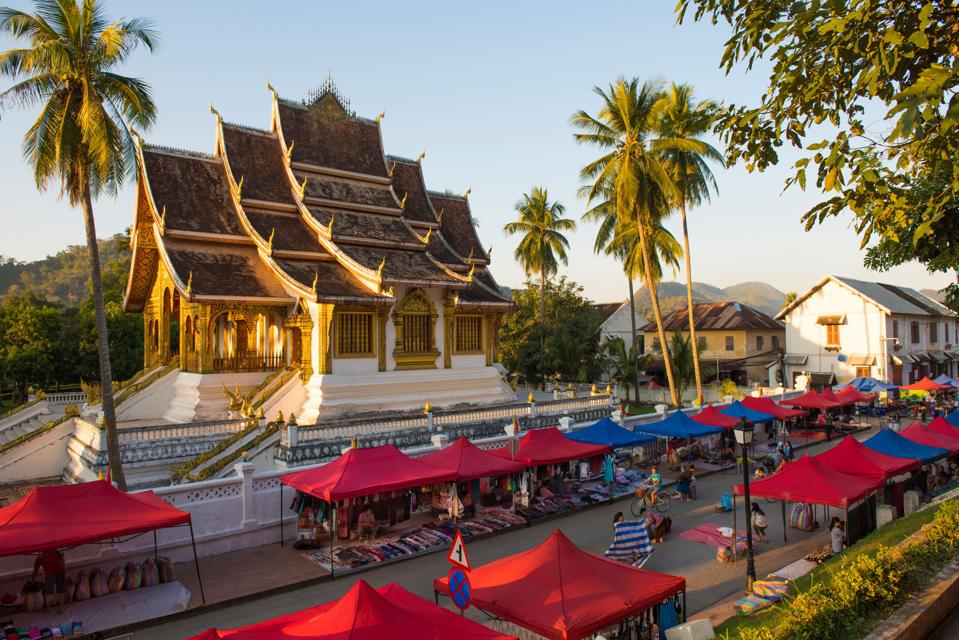 A decade or so ago, I wrote about Luang Prabang, the spiritual capital of Laos, and how it felt like a place out of time. How a gentle holiness pervaded the small city with its orange-robed teenage monks in the streets and its giant Buddha atop a hill. How it hadn’t been invaded by big hotel chains and hadn’t really picked up that much Western influence at all.

Now, sitting down to write about my recent return to Luang Prabang, I’m tempted to recycle parts of that story. (Note to my editor: Don’t worry, I didn’t.) It still has a languorous, graceful timelessness that is harder and harder to find in Southeast Asian capitals. It’s still not easy to get here, but when you manage to, it’s hard not to slow the heck down. This is a place where it is impossible to rush. You can’t even pronounce its name quickly. 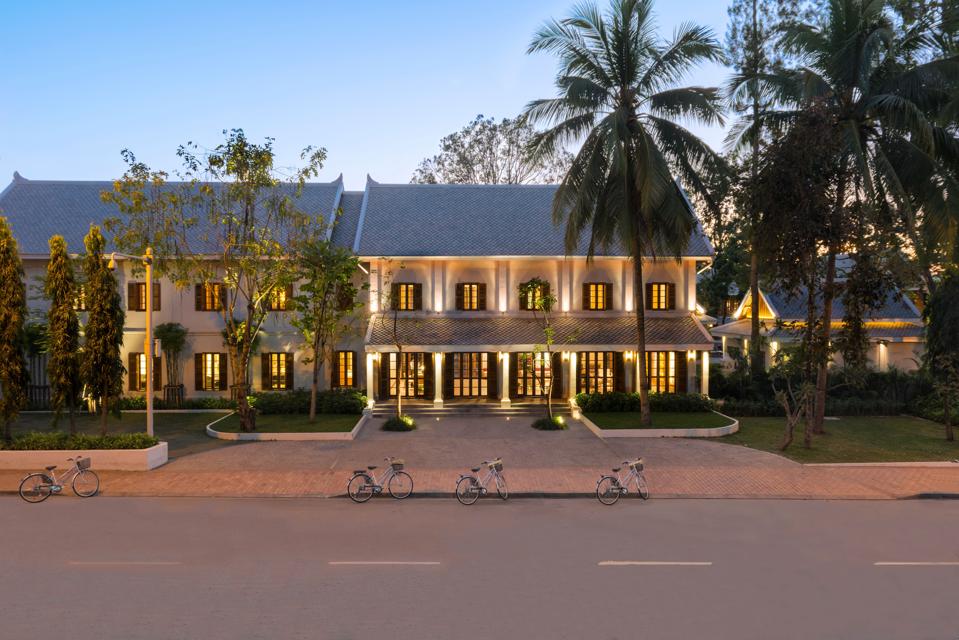 Granted, there are more luxury hotels these days. Rosewood set up shop fairly recently in the forest about ten minutes away from the city center, and Amantaka has been doing its hushed and cloistered Aman Resorts thing for a while now.

These are excellent hotels. I wouldn’t think twice about recommending them.  But sometimes you don’t want to be sequestered off in a high-luxury hotel. Rather, you want to be in the heart of things, watching the world slowly go by (in this case, often on a motorbike of a tuk-tuk, but still relatively slowly).

Which brings me to the fairly recently opened Avani+ Luang Prabang Hotel. The clunky plus sign in the name is meant to convey that it’s a step up from most of the playful, affordable, functional and stylish hotels in the Avani portfolio. (I refuse to use the M-word, but you get the idea.) And in this case, it’s smart and gracious enough to please guests of all ages. It’s comfortable and still feels connected to its environment. (I recently stayed as their guest.)

To start, it has a prime location on the main drag. The all-day casual restaurant and bar terrace overlook the motorbikes, street vendors and slow walkers that give Luang Prabang its charm. Sometimes the bright-orange monks walk by. Early each morning, the hotel helps guests participate in the tradition of giving food to the monks, who don’t use money and instead rely on the townspeople to fill their bowls each day. Then there is a parade of orange and a cloud of good karma in the air. It is a beautiful experience. 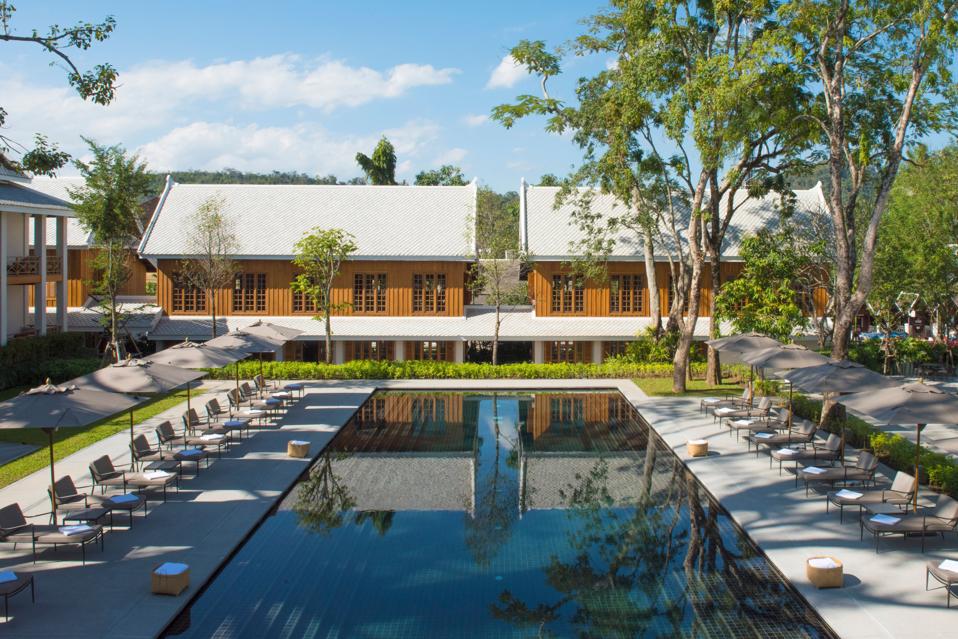 The hotel’s 53 rooms are set back in a separate building—the French officers’ quarters during colonial times—with a pool in the middle. This makes them very quiet, and the pool is very private. Religious tradition dictates that the monks shouldn’t see people in swimsuits, so it’s absolutely hidden.

It would be easy to chill out for a few days within this hidden garden right on the main street, maybe wandering over to the restaurant from time to time for a coffee or some noodles. But exploring sleepy Luang Prabang is really not that stressful, so it’s worth doing.

Each evening, the night market bustles. Each morning, the Buddhist temples along the path and at the top of Mount Phousi soothe. If you’re hungry, there are plenty of cheap places catering to the backpacker crowd with vegan food and banana pancakes. Or you can to go to Manda de Laos, an upscale restaurant organized around several UNESCO-designated lily ponds. 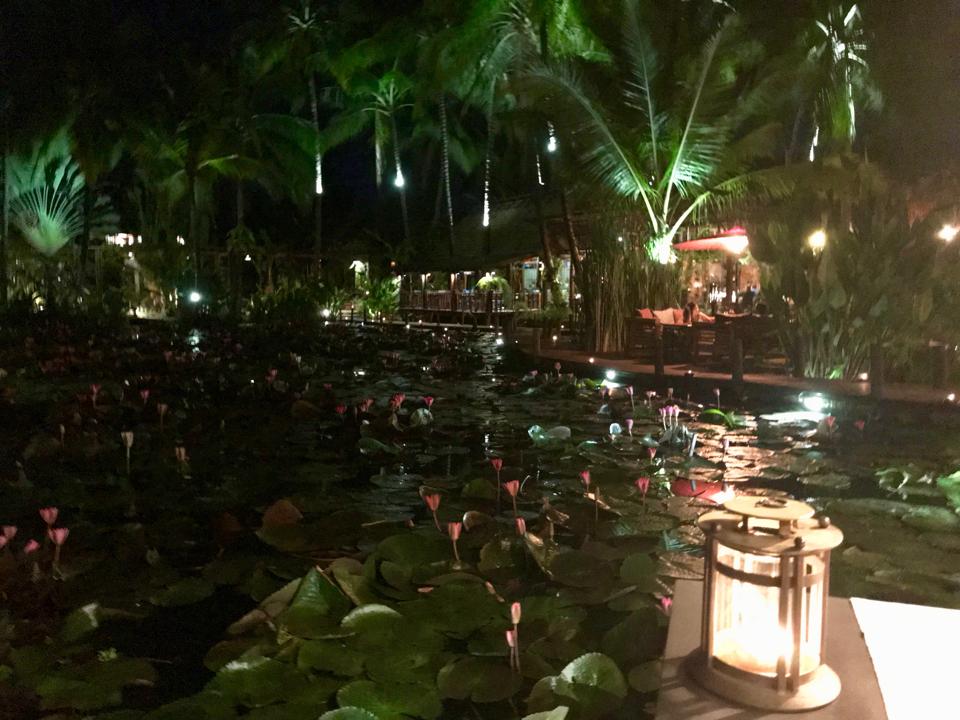 If you want an excursion, there’s the Ock Pop Tok weaving center, a women’s cooperative that began nearly two decades ago with a small team of five weavers. Now it is a creative home for nearly 500 weavers, who spend weeks and months creating each piece of their gorgeous silk textiles. There’s also a sweet little hotel here, and a lunchtime restaurant, right on the edge of the Mekong River, where slowing down and doing nothing more than watching the longboats go by makes all the sense in the world.

Or you could be on one of those longboats. The nicest option is the new vessel from Mekong Kingdoms, which has colorful cushions everywhere, space to spread out and snacks included in the rates. It's cutely called Mingle on the Mekong. 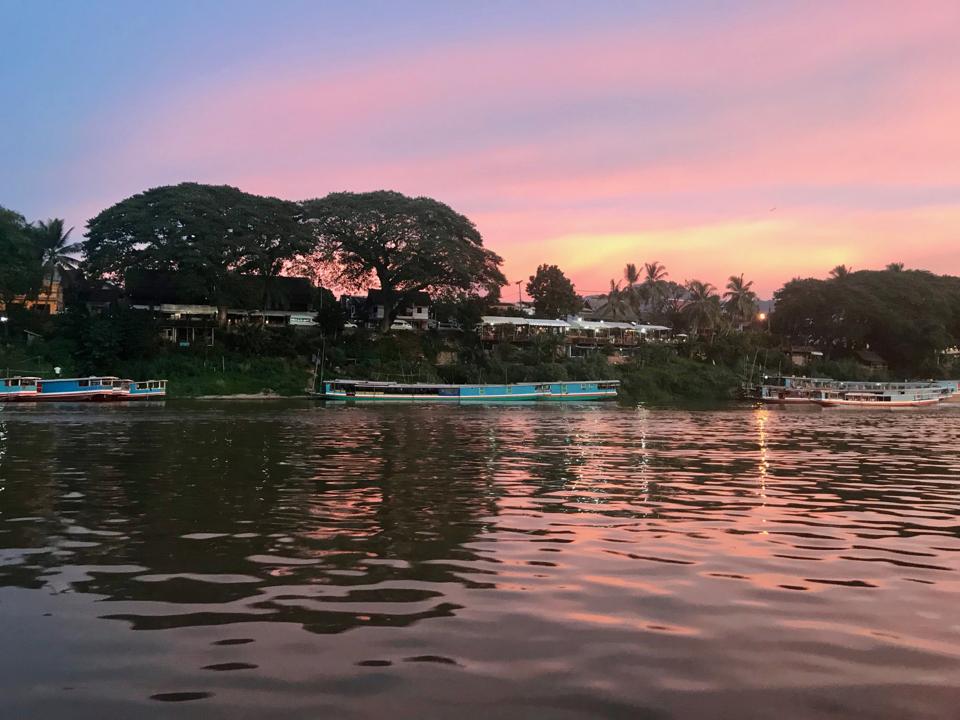 There’s one new element of Western culture that has inched into Luang Prabang that’s worthwhile. A few years ago, a couple of foreign residents wanted fresh yogurt to serve at their guesthouse. (This exists in India, which also has a large buffalo population.) There was no buffalo dairy in Laos, so they started one, renting the females from their owners—and letting those buffaloes feed their babies during their time there—and making yogurt and cheese for international tastes.

The farmers learn about more sustainable ways of raising animals, the city’s hotel guests get to eat better cheese. And the people who visit the farm

get something even better. They get the humbling experience of attempting to milk a buffalo.